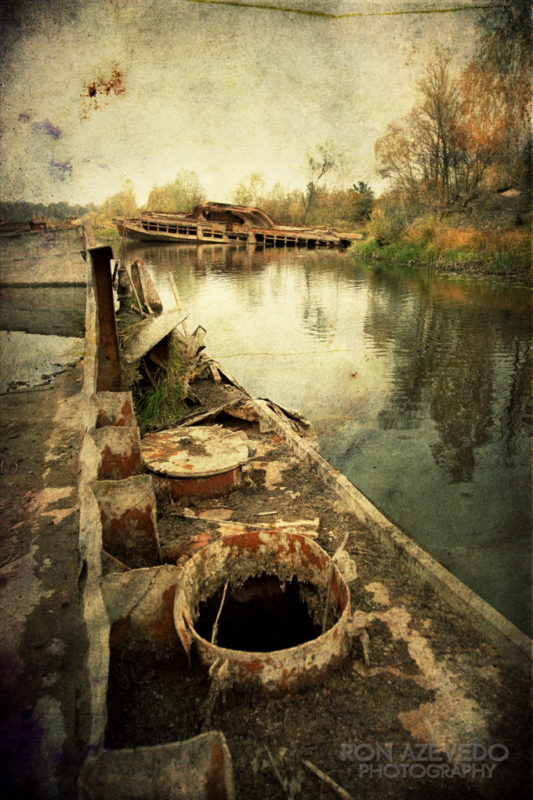 ‘Alone, all alone. Nobody, but nobody can make it out here alone.’
Maya Angelou

Chernobyl Port….the boats resting at Chernobyl’s dockyard were contaminated with radiation following the nuclear disaster in 1986. Some were used in the subsequent clean up but others were just in the wrong place at the wrong time. Gradually being cut up for scrap over the years….few now remain.