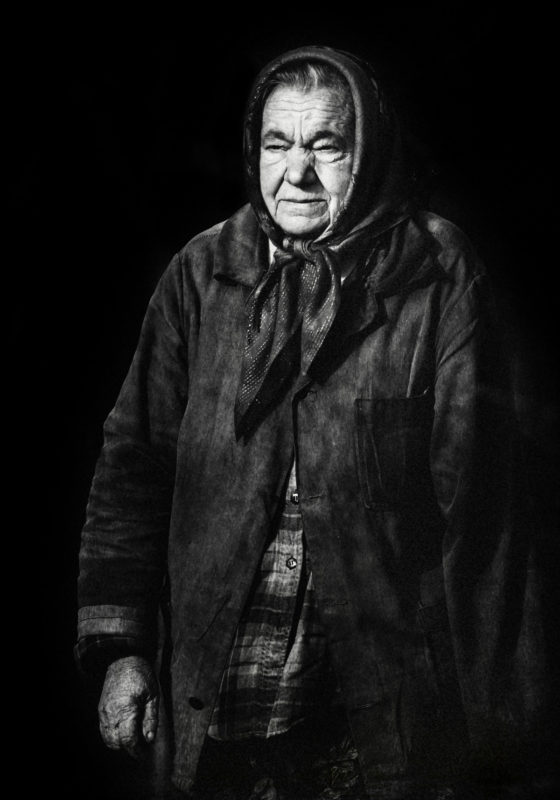 Chernobyl evacuee Maria Semenyuk. Her and her husband Ivan are two of only a few remaining ‘Re-settlers’ in the Zone of Alienation. Living out their days in their family home in Parishev….the home where his wife Maria was born in 1935. Parishev is a small village that before 1986 had a population of about 600 & is located only a few miles from the former Chernobyl Nuclear Power Plant. Authorities evacuated over 140,000 people from the area after the accident. Ivan & Maria, along with a few other elderly residents, were allowed to return a year later and have lived there ever since. While radiation levels in Parishev are negligible, the village lies in the Chernobyl Exclusion Zone that covers 2,600 square kilometers and only a few elderly people have dared to return to the zone.

(Update: Maria sadly has passed away…Ivan still resides alone in his home in the Zone to this day)