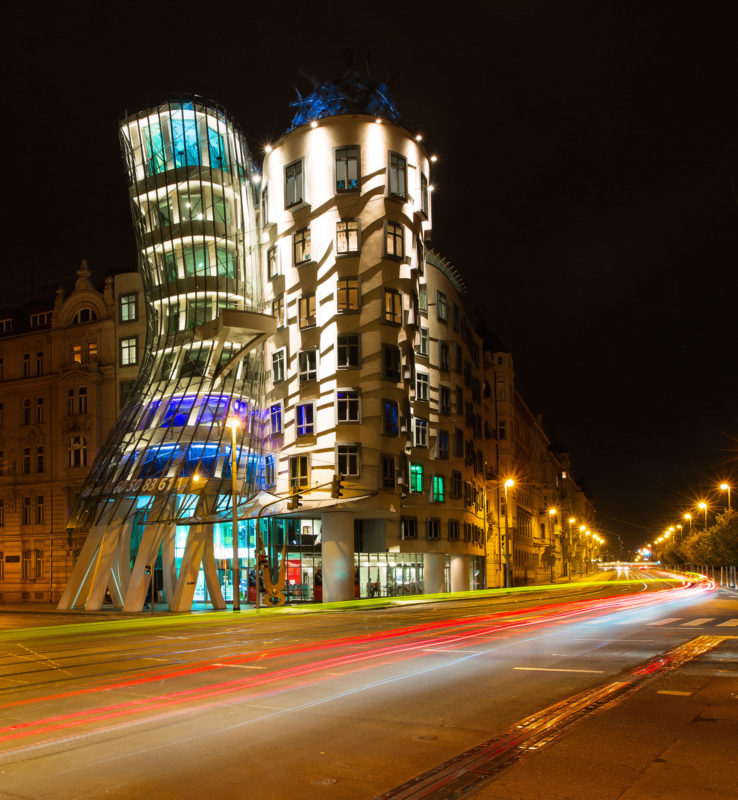 “Do it big, do it right and do it with style.”
~ Fred Astaire

Frank Gehry’s ’Dancing House’ of Prague (Tančící dům) is an unusually shaped building resembling two dancers…the immortally famous duo of Fred Astaire and Ginger Rogers. Dancing House is an example of the deconstructivist architectural style, based on a reinforced concrete construction with 99 differently shaped adjoined facade panels and consisting of two towers, resembling a dancing couple. On the top of Dancing House, there is a dome, called “Medusa” for its shape…and also a roof top bar/observation deck that we were able to enjoy spectacular views over the Vltava River and Lesser Town.