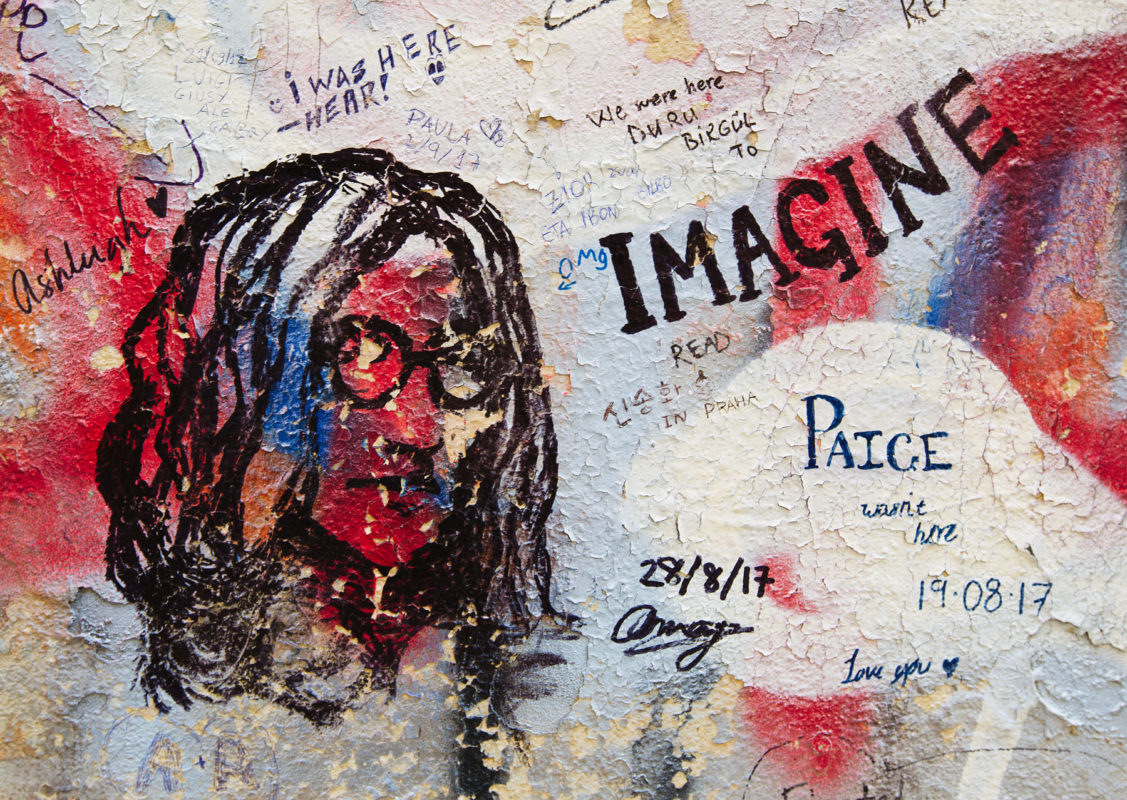 “Imagine all the people….living life in peace”
~John Lennon, ‘Imagine’

Long a venue for political graffiti and a symbol of freedom and rebellion against the communist regime in the 1980´s, the John Lennon Wall was painted over countless times as anti-Communist graffiti appeared in the years following the assassination of John Lennon in 1980. The youths of Prague would express their grievances with the regime by writing them on the wall in the dead of night…as they faced a prison sentence on being caught. Western music and western symbols were banned in what was then known as Czechoslovakia so the “Lennonist” tribute itself was controversial on its own.