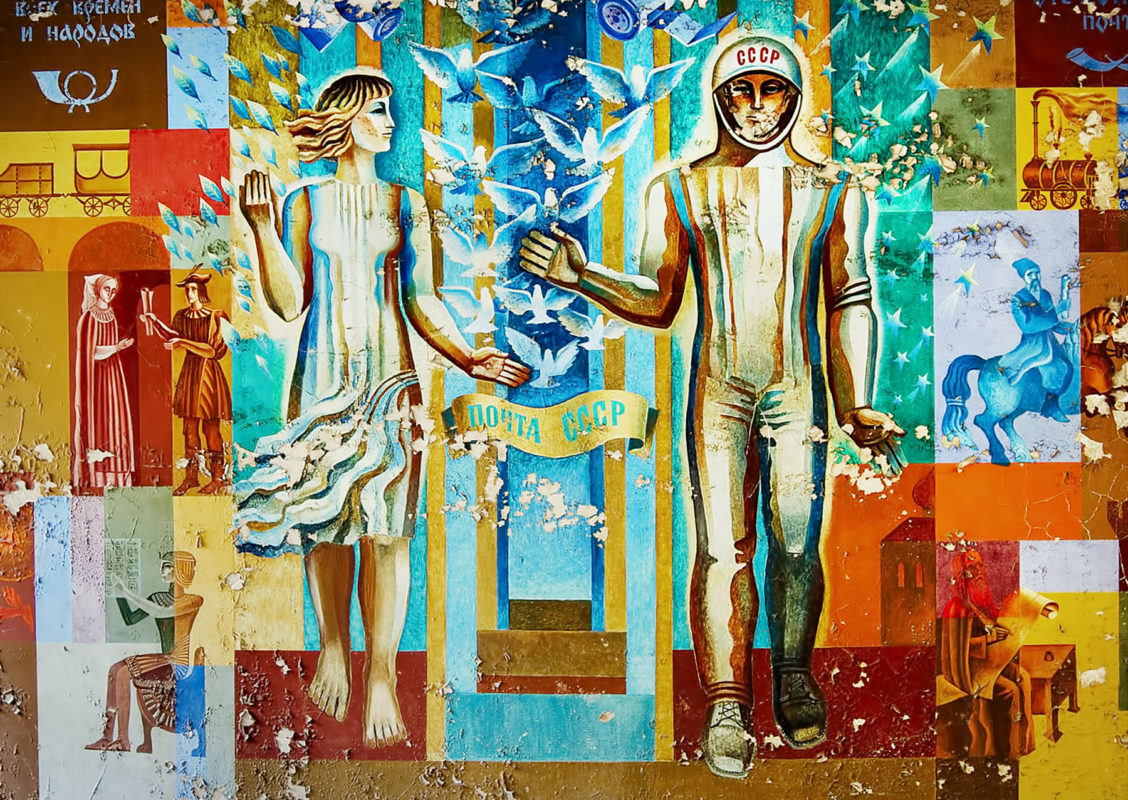 ‘To be the first to enter the cosmos, to engage, single-handed, in an unprecedented duel with nature—could one dream of anything more?’
~Yuri Gagarin, Russian Cosmonaut

Across Russia and the Eastern Bloc the Soviet side of the space race was celebrated in massive colorful murals. And while many of them are starting to crumble, especially this one found in the post office of Pripyat, they still stand as inspiring visions of human progress.