Parade of the Sacrificed 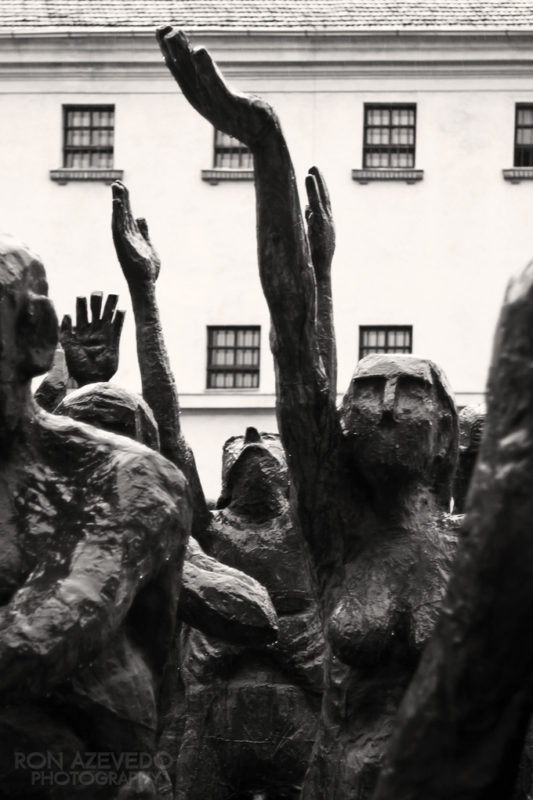 “Parade of the Sacrificed”

The former prison in Sighetu Marmaţiei (often referred to just as “Sighet”) was built in 1897, when the area was part of the Austro-Hungarian Empire, as a prison for criminal offenders. In the early days of the communist era, political prisoners, members of the former elite and clergy were incarcerated here under appalling conditions. The prison was closed in 1977.

Today it houses one of Romania’s most important museums about the period and about the whole topic of persecution during the communist era in the Eastern Bloc and about the Cold War.
This section of the sculpture “Parade of the Sacrificed” by Aurel Vlad, is located in the yard of the “Memorial of the Victims of Communism and of the Resistance”(the site full official name). The sculpture represents 18 prisoners. Their view of the horizon ends with a wall symbolizing a violent finish to open-mindedness and freedom – just as communism limited and ripped apart the lives of millions of people.