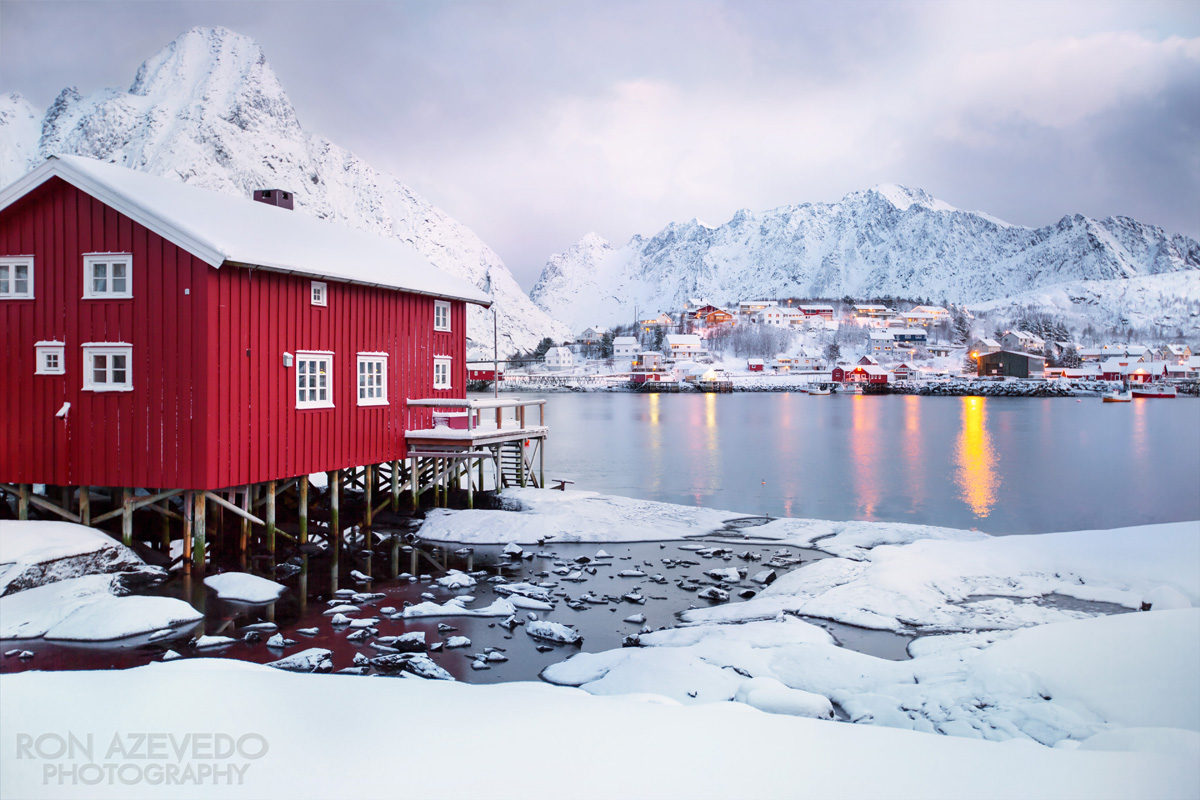 “A snowflake is one of God’s most fragile creations, but look what they can do when they stick together!” ~Author Unknown

Reine…the most beautiful place in the world! With the combination of a blanket of snow, jagged granite mountains, red rorbuer cabins, pastel colored skies, and the warm lights of the village…it was a hypnotizing sight that was something out of a storybook.

Some history of the Rorbuer….
Earliest documents record that the Lofoten Islands fishery ‘gold rush’ of sorts began around 900AD. All along the Norwegian coast there were stories being told of the bountiful Lofoten winter fishery. People began making their way north rowing & sailing into the Lofoten waters. In the early 1100’s, King Øistein ordered the first rorbuer be built on the islands to house the increasing number of visiting fishermen. The cabins grew in numbers over the years & were run at capacity for centuries. As the country entered the 1900’s so eventually came the modernized fishing boat which allowed fishermen the opportunity to sleep on their vessels. During the 1960’s a large number of empty rorbuer cabins were first rented out to tourists and many have gone through various restorations & with modernized interiors. While these cabins are no longer the fishermen’s preferred domiciles, the Lofoten Islands remain one of the world’s great fisheries, primarily from January through April when the cod return to the area to spawn.
(excerpted from switchbacktravel)