The Ghost of Pripyat 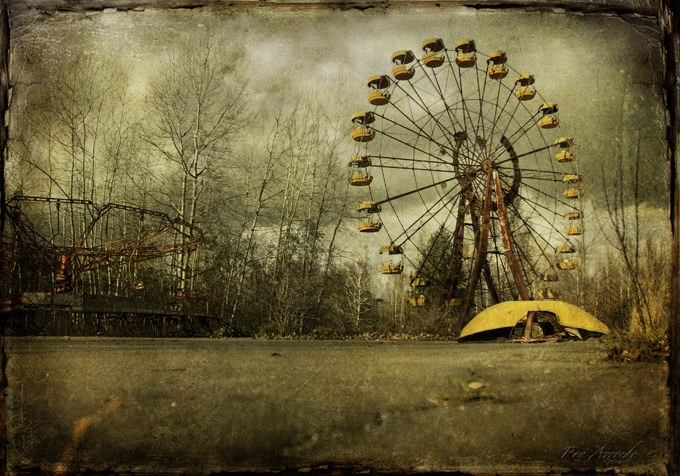 This small amusement park of Pripyat,built for the Chernobyl Nuclear Power Plant workers and their families, was scheduled to open for Labor Day celebrations on May 1, 1986. (The park was actually opened for one day to distract people from what was happening only a few kilometers away at the nuclear power plant.) But five days earlier the world’s worst nuclear accident caused the evacuation of the town’s 50,000 residents in four hours. No one was ever to return. Instead of children’s laughter there’s an eerie silence, a bizarre emptiness in the amusement park and surrounding buildings, now abandoned for 26 years. The corroding ferris wheel & merry-go-round, are forever frozen in 1986.