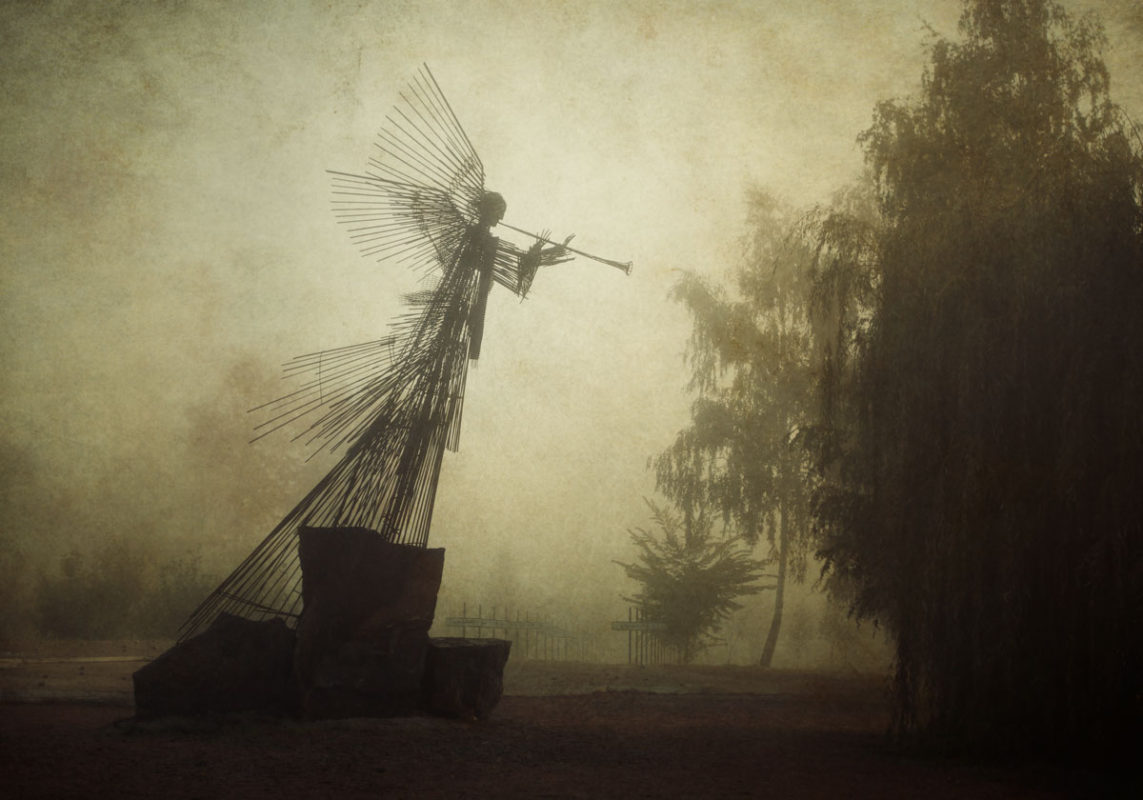 In 2011, on the 25th anniversary of the Chernobyl nuclear disaster, a Trumpeting Angel monument was opened in the center of Chernobyl. Ironically…Chernobyl is the Ukrainian word for ‘wormwood’.
Just behind the Trumpeting Angel are the cross-like street signs of all the towns and villages that were evacuated (and no longer exist) during the creation of the Chernobyl Exclusion Zone following the nuclear disaster of 1986. The angel is situated in a small park a few yards from the lodging where me & Preston stayed(my first time sleeping inside the Zone out of the 3 visits to Chernobyl) in Chernobyl town where all the workers reside. Our friend & guide Nikolai came over to pick us up for an early start to our 2nd day and he noticed the beautiful rare Autumn fog rolling in around the angel…made a nice start to our day in the Zone.